Below you will find the most recent data on home sales and prices for the Greater Houston Heights area of Houston, Texas, which includes great neighborhoods such as Houston Heights, Woodland Heights, Norhill Heights, Sunset Heights, Brookesmith, and Shady Acres.  This great neighborhood is the ultimate combination of hip culture and family-oriented, kid-friendly atmosphere.  If you are interested in receiving monthly Houston and Greater Heights real estate news updates, then sign up for our RSS feed to receive instant updates. For more information about Greater Heights and to view past market updates, check out our Greater Heights neighborhood page.  Or email us at [email protected].

Homes in popular Houston Heights continued to sell often and quickly in the month of February.  After a little dip in activity in January, 92 single family homes and townhomes sold last month.  Half of all homes sold in February were under contract in less than 17 days, which continued the trend that started last month.  The Heights continues to be one of the strongest real estate markets in Houston.  Great new retail, low interest rates, and a strong Houston economy all have served to contribute to the robust market.

With 215 listings currently active in the Heights, inventory levels have fallen to just over 2 months. That’s down from 2 and a half months of inventory in January.  Of those listings, 63 are new in January and only 17 made a price reduction.

Year-over-year the average sales price in the Heights has risen 2.62% to $337,674 for all properties. Single family, detached homes performed particularly well, rising 3.04% to $377,725. If inventory levels remain low, we could have another good year for the Heights, as low inventory levels ten to lead to higher prices. 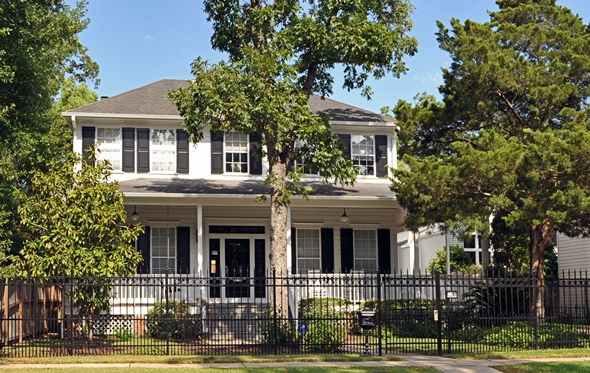 Due to its affordability, location, and historic charm, Greater Heights is one of the most sought after communities in Houston. Most of the Heights was built in the early part of the 20th century. Although it is basically the center of town, back when it was developed it was known as the 1st suburb in Houston with trolley cars to downtown and ritzy boutiques along 19th street. The neighborhood went through some rough times in the 70s and 80s, but now it is one of the trendiest, family-oriented areas of town and the trendy boutiques and restaurants have returned to 19th Street and throughout the area.

SELLING A HOME IN HOUSTON HEIGHTS